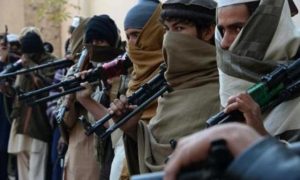 At least ten passengers were kidnapped by unknown gunmen from the main highway between Kabul and Jalalabad province, the security officials said Saturday.

The incident took place in Sorkhakan district of eastern Laghman province while the passengers were travelling on the main highway.

Local security officials in Laghman said at least seven of the hostages were rescued following an operation by security forces.

However, there are no reports regarding the fate of the remaining three hostages who are believed to be in custody of the militants.

The highway between Kabul and Jalalabad is among the relatively peaceful highways in the country however the anti-government armed militants carry out insurgency activities on the highway, particularly during the evenings and late during the night time.