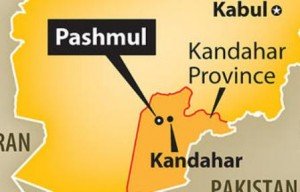 According to local authorities in southern Kandahar province of Afghanistan a group of unknown gunmen attacked the vehicles of a de-mining organization in this province.

The officials further added Afghan security forces have launched investigation into the incident.

He said the militants also took one of DAFA’s vehicle with them.

Abdul Ghani said, “A Super Custom van carrying 30 de-mining equipments was taken by the militants while the other vehicle which was a mini bus was torhced.”

No group has so far claimed responsibility behind the incident and the de-mining organization DAFA yet to comment regarding the attack.

After more than 30 years of war, Afghanistan is one of the countries in the world most affected by landmines and other explosive remnants of war (ERW). The origins of this misery derive from the period of Soviet occupation, but the subsequent civil war between the Afghan government and the Mujahedin movement, conflicts between various warlords and the Taliban war against the North Alliance has all contributed to the problems of mines and ERW.

Afghanistan is one of the most severely mine and ERW affected countries in the world, but also has one of the largest and most established demining programmes in the world, with an existence for more than twenty years. In 2012 the Implementing partners of the Mine Action Programme of Afghanistan cleared 1,175 mine fields and due to re-survey of mine fields cancelled 273.