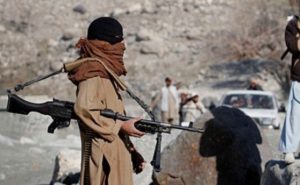 According to the local government officials, the incident took place on Saturday as they were on their way to the central city of Ghor.

An official in the provincial education directorate cofirmed the incident and said it is yet not clear if the civilians have been abducted by the Taliban militants or gunmen belonging to any insurgents group.

This comes as the Taliban militants have increased hostage takings in the country during the recent months, specifically in northern provinces.

The Taliban insurgents kidnapped at least 185 passengers as they were traveling in an highway in Kunduz province late in May.

The group released majority of the hostages after interrogating them and killed several others on charges of working for the government.

Taliban militants abducted nearly 50 more passengers as they were travelling in Kunduz-Takhar highway earlier this month.