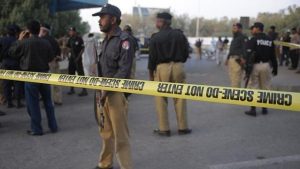 The former secretary of Gulbuddin, the leader of Hezb-e-Islami, has been shot dead by unknown gunmen in Pakistan.

He said Haji Salam, the former secretary of Hekmatyar and one of his close relatives, was shot dead during the prayer time.

No group or individual has so far claimed responsibility behind the attack.

This is not the first time a member of the anti-government armed group or those who have joined peace has been shot dead by unknown gunmen in Pakistan.

A senior leader of the Taliban group has been shot dead by unknown gunmen near Peshawar city of Pakistan in a similar attack last month.

A senior leader of the Taliban group identified as Qari Syed Murad was killed in a similar attack in Pesawar city of Pakistan last year.

Qari Murad was a member of the military commission of the Taliban group for eastern Nangarhar province of Afghanistan.