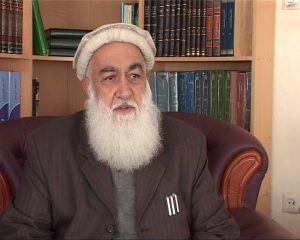 A key member of Afghanistan’s High Peace Council (HPC) says government has to review the structure of the council before beginning talks with Taliban.

Mohammad Amin Wiqad told Azadi Radio on Saturday that the executive board of the High Peace Council is still functioning by its old formation.

He said significant steps in the peace process can be taken after reform in the HPC structure which is also promised by the president.

He added that “Peace is a pressing need for Afghanistan. Afghans are expecting that President and Chief Executive Officer will take actions in this regard based on their promises. The executive board of HPC is still functioning by its old formation. I hope that president will take necessary steps for improvements in HPC in his upcoming meetings the council after which HPC can take a step.”

Wiqad said he is optimistic that Regional countries, international community and armed opponents will cooperate with peace talks.

Wiqad’s concern comes at time Afghan government seems closer to begin peace talks with Taliban to end its insurgency that has lasted for over 13 years.