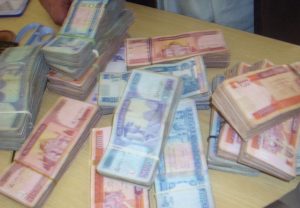 Officials said the first quarter shows an increase by four percent in the government financial income and the target of 120.4 billion Afghanis that is set for this year can be easily accomplished.

According to the Ministry of Finance if the trend continues to maintain the government financial income will cross the limit set for this year.