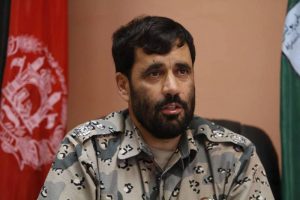 General Aminullah Amarkhil, police chief of central Ghazni province says several districts of his province are under severe threat which may fall if central government does not take necessary measures to suppress militants.

Gen. Amarkhil added that security situation in Ghazni province has been tense and that Kabul has been informed about it.

According to the General, eight districts of Ghazni province are on the verge of collapse but there are not enough security forces to avoid that.

The police chief further said that about 240 kilometers of Kabul-Kandahar highway pass through his province which makes it a prime target for insurgents.

Gen. Amarkhil who has not even completed five months in his new position threatened to quit in case reinforcement is not sent there to prevent fall of large areas to the insurgents.

He was appointed as the police chief of Ghazni in October last year as violence was on the raise there.

Gen. Amarkhil is a veteran warrior who has commanded police in several provinces and so far has good achievements.