Ghani suspends execution of TUTAP project until completion of review 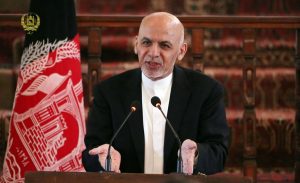 President Mohammad Ashraf Ghani has suspended the execution of 500kV TUTAP power project until the completion of the review of the project.

The Office of the President in a statement said “President Mohammad Ashraf Ghani issued a decree for the formation of a national commission for the review of 500kV power project route from Pul-e-Khumri to Arghandi.”

The statement further added that the executive and supply work of the project will be suspended as per the presidential decree until the commission completes its review.

The decree states that all documents related to the 20-year master plan of electricity supply in Afghanistan should be reviewed including all the governmental and private sector documents as well as the Fichtner report.

It also states that the commission has been formed to study the reasons for the selection and rejection of the routes for the implementation of the project, i.e, Bamyan and Salang routes.

The decree by President Ghani has been issued amid growing tensions regarding the implementation of the mega power project.

Large demonstrations have been organized in Bamyan and Kabul provinces earlier and another mass demonstration is due for Kabul city to protest against what the rally participants call an ‘injustice’ in implementation of national projects by changing the route from Bamyan to Salang.