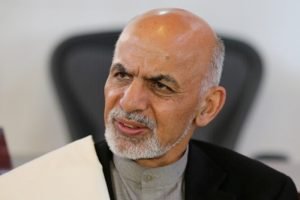 President Mohammad Ashraf Ghani has promised to introduce the nominees for Minister of Defense and National Directorate of Security (NDS) Chief in the coming days.

In his speech during a gathering in the Afghan Parliament, President Ghani promised to end the process of acting ministers, hoping that the Afghan lawmakers assist to appoint NDS Chief and Minister of Defense.

Abdul Rauf Ibrahimi, speaker of the Lower House of the Parliament, Wolesi Jirga, in his opening remarks called on President Ghani to take immediate steps in this regard.

He said there is an urgent need for coordination among the three security institutions, urging President Ghani to consider the issue and take appropriate actions.

Ibrahimi further added that the introduction and appointment of Defense Minister and Intelligence Chief are the demand of not only the House of Representatives but the Afghan people, considering the current security situation.

Masoom Stanikzai was the last nominee for the Ministry of Defense who was rejected by the Afghan lawmakers following his introduction to the parliament house.

The National Directorate of Security, the key intelligence agency of the country got an acting chief following the resignation of Rahmatullah Nabil last year.