Ghani: Over $150 million saved from the Government Treasury 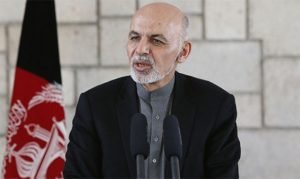 The Office of the President said the saving was made in 10 different sessions while reviewing the government contracts.

At least $9 million was saved from 17 contracts of the Ministry of Defense (MoD) during the National Procurement Commission meeting chaired by President Ghani, a statement from ARG Palace said.

This comes as President Ghani ordered Ghani an immediate probe into alleged fraud for the purchase of fuel for the Ministry of Defense.

A delegation led by Hamidullah Farooqi was given the task to find out regarding fraud allegations by losing bidders who have claimed that there is a difference of $215 million in fuel supply contract.

The Presidential Palace officials said earlier in February this year that the difference in contract price was also confirmed by coalition forces and office of US Special Inspector General for Afghanistan Reconstruction.

President Ghani had also instructed to cancel the contract and re-announce the bid once the investigations into alleged fraud have been completed.