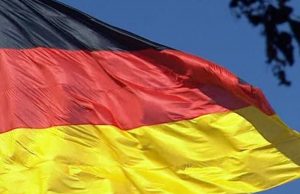 The government of Germany has pledged to contribute AFN 5 billion in a bid to start and run development projects in Afghanistan as well as covering recurrent costs, such as salaries.

An agreement was signed two days ago between Afghanistan and Germany in this regard. “Germany will pay the sum into the Afghanistan Reconstruction Trust Fund (ARTF). More than thirty donor countries provide financial assistance for the Afghan government through the trust fund. This year, the German government’s contribution to the fund is the highest it has ever made,” a statement by German government said.

With an aim to help the Afghan government manage its financial resources efficiently and for the long term, Head of German Development Cooperation, Mr. Klaus Kraemer, said “The German Government wishes to assist the Afghan Unity Government in its effort to address country-wide periodic costs and development needs through budget support.”

According to the statement, the money from the ARTF’s so called “Investment Window” is currently used for 20 development projects in five different sectors, such as agriculture, rural development, infrastructure, human development, and governance. In 2015, 8.7 million Afghans, 38% women, benefited from these projects. The contribution from the “Recurrent Cost Window” is used for state employees’ salary payments.

The statement further added “Nearly AFN 1.5 billion of the 5 billion are provided for the Second Education Quality Improvement Programme (EQUIP II). The money helps the Afghan National Unity Government improve access to primary and secondary education all over the country, with a specific focus on reaching out to girls. The Ministry of Education (MoE) uses the fund to construct new school buildings and train teachers. So far, 860 schools have been built and 613,000 new teachers recruited. Over 78,000 headmasters and administrators have received management training. More than 11,000 scholarships were granted to enable women to attend Teacher Training Colleges. All in all, 8.6 million pupils, 3.4 million girls, have so far benefited from the programme.”

“Another AFN 722 million are provided for the Third Emergency National Solidarity Programme (NSP),” the statement said, adding that “The programme aims at strengthening and maintaining community development councils (CDCs) as effective institutions for local governance and social-economic development. Of 41,000 communities estimated to exist in Afghanistan, 37,231 had already benefitted from the NSP in mid-2015.”

Germany has contributed more than AFN 37 billion to Afghanistan Reconstruction Trust Fund since 2002 which includes this year’s payments.

Germany is the fourth biggest bilateral donor to the ARTF, after the United States of America, the United Kingdom, and Canada. Between 2002 and mid-2015, over 30 donors had contributed a total of AFN 546 billion. The ARTF is administered by the World Bank Group.