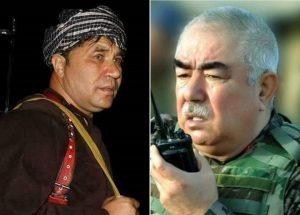 The 209th Shaheen Corps of the Afghan Military in the North said Commander Qaisari was arrested after a brief clash verbal and armed clash.

Shaheen Corps further added that a security meeting was called in Maimana City which was attended by several security officials as well as Commander Qaisari.