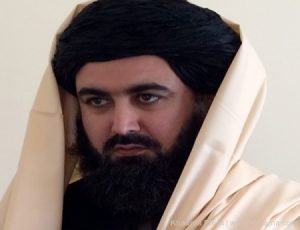 The Afghan High Council has confirmed that the former Taliban leader Agha Jan Mutasim has been held in United Arab Emirates (UAE).

Agha Jan Mutasim has been missing in United Arab Emirates during the past several days. He was a senior Taliban leader and was supporting the Afghan peace process with the Taliban group.

The statement further added that those individuals, who are struggling to resume Afghan peace process, have been victimized.

The High Peace Council insisted that Afghan peace talks should take place inside Afghanistan and negotiations have taken place with the UAE officials to end limitations and resolve the issue of Agha Jan Mutasim.

Agha Jan Mutasim met with the senior members of the Afghan high peace council (HPC) in Dubai last month and was due to meet with the Afghan peace delegation in the near future in UAE.

Mutasim had agreed to hold more talks to push the peace process and to break more Taliban leaders from the Islamic Emirate of Afghanistan.

The initiative by Agha Jan Mutasim to hold talks between the Afghan government and Taliban militants had annoyed the Taliban group.

Another senior Taliban leader Mullah Raqeeb was also killed by unknown gunmen in Peshawar city of Pakistan, a day after he attended the talks in Dubai.