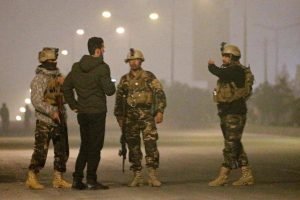 At least five people including a foreign national were killed during the clashes between the Afghan forces and the assailant militants in Intercontinental Hotel in Kabul city.

The Ministry of Interior of Afghanistan confirmed that the militants siege of the hotel ended with the elimination of all four attackers.

A statement by the ministry said at least 160 people including 41 foreign nationals were rescued during the operation by the Afghan forces.

The statement further added that five people including a foreigner were killed and six others were wounded during the clashes.

According to the ministry of interior, at least four policemen were also among those wounded during the clearance operation.

Last night’s attack takes place almost six years after a group of insurgents launched a similar attack on the same.

More than ten people were killed in a similar attack on Intercontinental Hotel in 2011.