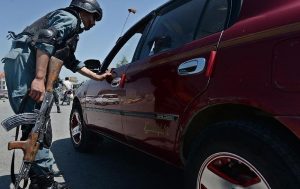 A foreign female aid worker has reportedly been kidnapped by unknown gunmen from Jallabad city, the provincial capital of eastern Nangarhar province.

According to the local officials in Nangarhar province, they are aware of an incident involving the kidnapping of a woman in the vicinity of this province.

Provincial governor’s spokesman Ataullah Khogyani confirmed that the women was working with DACAAR non-governmental organization and was kidnapped in the early hours of Thursday morning.

No group has so far claimed responsibility behind the abduction of the aid worker so far.

Nangarhar is among the relatively volatile provinces in eastern Afghanistan where anti-government armed militant groups are actively operating in a number of its districts.

Insurgents loyal to the Islamic State of Iraq and Syria (ISIS) terrorist group have also gained foothold in a number of its remote districts during the recent months.

Incidents involving kidnapping on highways have not been rare on main highways of the country, specifically in volatile provinces.

The anti-government armed militants are normally abducting the civilians amid suspicion they work for the government or foreign organizations, although kidnap for ransoms have been rife in the country.