The world’s largest bottle of whiskey sold for $1.4 million

Pakistani Media: Tehreek-e-Taliban Pakistan Has a Significant Presence in Afghanistan 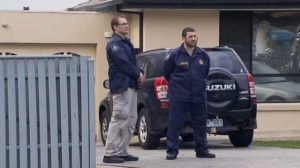 Tony Abbott Australia’s Prime Minister said that the suspects were planning to attack a national ceremony scheduled in a week “The act that we believe was in preparation involved attacks against police officers,”

A joint counter-terrorism team executed seven search warrants in Melbourne in which around 200 officers took part on Saturday.

Police say they believe one of the attacks was ISIS-inspired.

“Some evidence that we have collected at a couple of the scenes and some other information we have leads us to believe that this particular matter was ISIS-inspired,” said Neil Gaughan the Acting Deputy Commissioner of Australia’s Federal Police.

According to police this attack was planned by two men both 18 to target a ceremony commemorating Anzac soldiers who fought and died for their country.

“Edged knives” were also seized in the operation conducted earlier this morning.

Australia is now in the middle of sending a batch of 330 more troops to Iraq for training local soldiers against ISIS.

Qatar has pressed the West to strengthen its engagement with the Taliban, stressing that if...

Turkish Officials Claim Capture of New IS Leader in Istanbul

Ousted Pakistani Prime Minister Imran Khan gestures as he travels on a vehicle to lead a protest march...