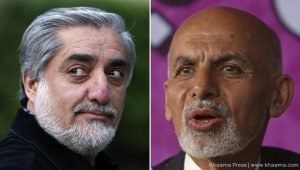 The independent Election Commission of Afghanistan (IEC) on Thursday released the final vote results for the presidential election.

Based on the final vote results, Abdullah Abdullah has secured 45% of the total votes, Ashraf Ghani Ahmadzai 31.6% and Zalmai Rassoul 11.2%.

Nuristani further added that the election runoff between the leading candidates will be held on 14 June.

He said the second round of election can not be held in two weeks time as the election commission will require more time for the prepration of the election runoff.