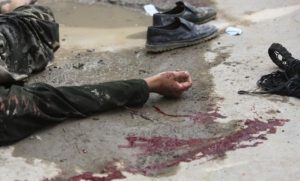 An explosion rocked the Jalalabad city, the provincial capital of eastern Nangarhar province of Afghanistan.

The official further added that the information received by him shows that 6 people were killed and 8 others were wounded in the attack.

However, the provincial public health officials are saying that the dead bodies of at least eight people have been shifted to the hospital so far along with 15 others who have sustained injuries.

Eyewitnesses in the area earlier had said that the blast was triggered by a suicide attack and there are fears that several people are either wounded or killed.

Nangarhar is among the relatively calm provinces in East of Afghanistan although terrorist related incidents often take place in some of its districts including the provincial capital Jalalabad city.

The Taliban insurgents and ISIS loyalists are active in some of the remote districts of the province from where they attempt to carry out terrorist related activities.