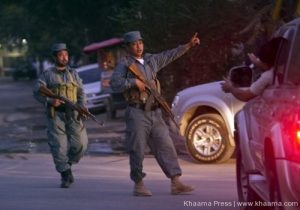 The interior ministry of Afghanistan following a statement confirmed the report and said no casualties were reported following the blast.

The statement further added that the blast took place in 4th district of Kabul city, after an explosive device planted inside a trash bin went off.

The incident took place behind the a wedding hall around 8 am local time, the interior ministry said.