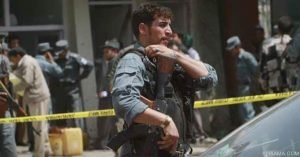 Zwak further added that the target of the explosion was a local tribal elder who was killed following the blast along with another civilian.

According to Zwak, the deceased tribal elder was identified as Niaz Mohammad.

Laghman is among the relatively volatile provinces in eastern Afghanistan where anti-government armed militants are
actively operating in a number of its districts.