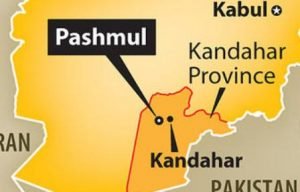 According to local authorities in southern Kandahar province of Afghanistan, at least 4 Afghan civilians were killed or injured following a roadside bomb explosion.

Ghorak district chief Haji Pacha Khan confirming the report said the incident took place after a civilian vehicle struck with a roadside bomb in Bagram area in this district.

He said at least 2 Afghan civilians were killed and two others were injured following the blast. No group including the Taliban militants has so far claimed responsibility behind the incidnet.