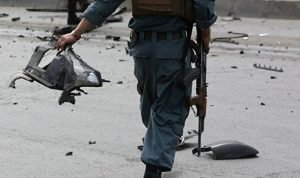 The provincial government in a statement said the incident took place in the vicinity of the 4th police district of the city after a magnetic bomb planted in the vehicle of a judge went off.

The statement further added that the judge serving with the preliminary court of the anti-corruption Sher Rahman was killed in the explosion and three others were wounded.

The provincial hospital officials are saying that the health condition of Rahman’s brothers and the civilian is satisfactory.

No individual or group including the Taliban insurgents has far claimed responsibility behind the incident.

Nangarhar is among the relatively calm provinces in East of Afghanistan but certain remote districts of it have witnessed growing insurgency mainly led by Taliban and ISIS during the recent years.