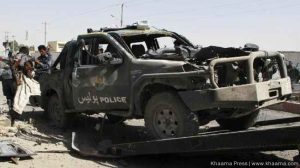 At least one person was killed and seven others were injured following an explosion in capital Kabul early Thursday morning.

According to security officials, the incident took place in Pul-e-Charkhi area of Kabul city after a magnetic bomb planted in a police vehicle went off.

The officials further added that a number of police officers were also among those injured following the blast.

The Afghan defense ministry spokesman, Gen. Zahir Azimi also confirmed the incident and said the magnetic bomb was planted in a Ranger vehicle of the Afghan border protection police forces.

US Special Representative for Afghanistan Thomas West says that...