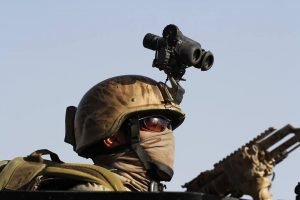 A group of insurgents launched a coordinated attack on Shamshad TV station in Kabul city earlier today which lasted for several hours before the assailants were gunned down.

The Ministry of Interior spokesman Najib Danish confirmed the incident and said at least two to three insurgents were resisting the security personnel from the compound after the initial suicide blast.

He said the Afghan security forces managed to clear the building after hours of clashes with the security forces but he did not provide further information regarding the exact number of casualties.

In the meantime, the eyewitnesses in the area are saying that the attack has likely left at least two dead and around twenty others wounded.

Eyewitnesses in the area are saying that one of the suicide bombers blew himself up near the TV compound and the remaining insurgents have taken positions inside the TV station.