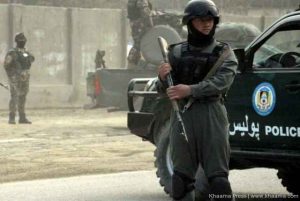 Clashes ended near Kabul international airport after all assailant militants were killed by Afghan security forces.

Interior ministry officials confirmed that the attack was over after all assailant militants were killed during the clashes with the Afghan security forces.

The officials confirmed that Afghan security forces did not suffer any casualties during the gun battle.

Earlier Updates: The sound of heavy gunfire and explosions could be heard from remote parts of the Kabul city until around 6:00 am, however, the clashes continued until around 8:00 am local time, with fighter jets patrolling over the Kabul city.

An official in the interior ministry confirmed that a group of a militants including suicide bombers launched attack on Kabul airport.

The official further added that the militants had taken position in an under construction building located near the airport.

He said the militants were armed with heavy and light weapons including rocket propelled grenade launchers. The interior ministry spokesman, Sediq Sediqi, also said that the Rapid Response Forces are have been deployed in Qasaba to repel a terrorist attack.

Sediqi confirmed no damage was incurred to the airport and no casualties were reported. He said the terrorists have been surrounded by security forces and will be killed soon.

Kabul International Airport officials said the airport has been closed and all flights have been stopped following the attack which started around 4:00 am local time.

The Taliban militants group claimed responsibility behind the attack and said heavy casualties were incurred following the attack.

Zabiullah Mujahid, Taliban group spokesman, said two rockets were fired on Kabul airport which has also caused heavy damages to the airport besides leaving many people dead or injured.

Deputy interior minister for security, Gen. Ayub Salangi, said three of the assailants were killed and fourth floor of the building has been cleared. Gen. Salani later said the fourth insurgent was killed  in the last floor of the occupied building. He said the last insurgent blew up himself up.

Interior ministry spokesman, Sediq Sediq, also confirmed that the area has been cleared and all insurgents were killed during the gun battle with Afghan forces.

Sediqi further added that the Afghan security forces did not suffer any casualties.