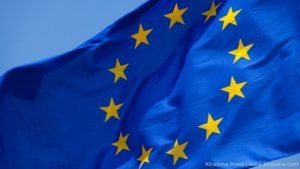 The 100 additional EU observers, coming from 20 EU Member States and Norway, arrived in Kabul in order to reinforce the capacity of the EU EAT to observe the complete audit of the second round of the Presidential election.

In total, 351 observers have been accredited within the EU EAT assessment of the Presidential run-off vote.

Thijs Berman, Chief Observer of the EU EAT, said, “Since the start of the audit on 17 July, the EU Election Assessment Team has been constantly increasing its number of observers to be able to follow, together with other international and national observers, the auditing process at the Independent Election Commission (IEC). This audit is vital to the respect of the Afghan voters and the democratic future of this country.”

In addition, the EU EAT has been training in auditing techniques a total of 330 EU and other international observers.

Concerning the audit agreed upon by the candidates and other relevant election stakeholders, EU Chief Observer Thijs Berman insists on the candidates’ full respect of their engagements and asks them to pursue the process continuously until its total completion. “Candidates should solve in a constructive spirit any dispute on the application of audit criteria in order to complete the process in a timely manner that respects the will of the Afghan voters,” said Berman.

The EU Election Assessment Team (EU EAT) has been present in Afghanistan since 15 March to observe the Presidential election. The EU EAT is led by Chief Observer Thijs Berman, a Dutch member of the European Parliament (2004-2014). The EU EAT is independent in its findings and conclusions and adheres to the Declaration of Principles for International Election Observation signed at the United Nations in October 2005.