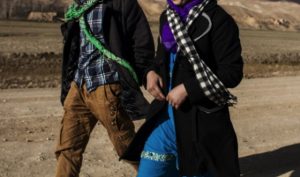 The officials further added that the couple decided to end their lives after the family of the girl became aware regarding their location.

A doctor in the provincial hospital said the 18-year-old died after she was taken to the hospital as she had taken more toxic material but the boy is still being treated.

The provincial women’s affairs department chief Nahida Asefi confirmed that the couple had taken toxic material which is used to kill the rats.

According to the reports the couple had recently fled from their homes in Kabul province after the family of the girl rejected a marriage proposal from the boy’s family.

The couple had reportedly taken shelter in the house of one of his relatives in Imam Sahib district of Kunduz province before their location was traced by the family of the girl.

Majority of the marriages are arranged between the families in Afghanistan which is a conservative society and majority of the cases the women are eloping from their homes to escape from forced marriages.