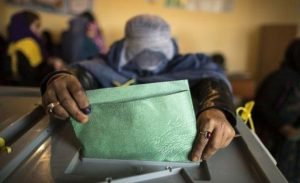 Abdullah said he is hopeful that the commission will continue to its work in a proper and transparent way.

In the meantime, the head of the reform commission Sultan Shah Akefi said he remains committed to lead the commission in consideration with the national interests of the country.

A presidential decree was issued on Thursday to confirm the appointment of the new members of Electoral System Reform Commission.

As per the decree, Sultan Shah Akefi has been appointed Electoral System Reform Commission Chief and Sediqullah Tawhidi as deputy chief of the commission.

According to the Presidential Palace, the commission has been formed to bring reforms in electoral system, institutionalization of electoral system, to hold free, fair and transparent election, support democratic system and prevent violations and frauds in elections.

Electoral reform was one of the main conditions of the agreement of the government of national unity.