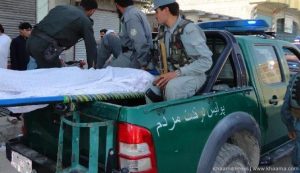 The head of security guards for education minister was killed by militants two days after he was abducted in Maidan Wardak province.

The ministry of education of Afghanistan said Friday that the dead body of Habibullah, head and commander of the security guards for education minister, was found in Syedbad district on Friday afternoon.

The statement further added that Habibullah was serving as head and commander of minister’s security guards for the past ten years.

He was abducted by militants from Syedabad district early Wednesday morning while he was visiting his family, the statement said.

No group including the Taliban militants has so far claimed responsibility behind the abduction and murder of education minister’s head of security guards so far.