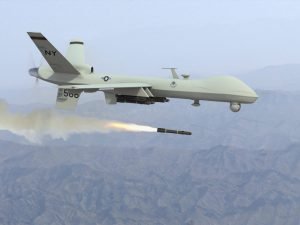 17 loyalists of the terrorist group the Islamic State (IS) which also goes by its Arabic name Daesh have been killed in newest drone strikes in eastern Nangarhar province, Ministry of Defense announced on Monday.

A statement released by the ministry states that the air strikes were carried out on positions of Daesh in Deh Bala and Achin districts on Sunday.

According to the statement, 13 militants of the group were killed in the Unmanned Aerial Vehicle (UAV) strike in Gurguri area of Deh Bala District and four others in Bandar Khwar village of Achin District.

This comes a day after a commander of the group was killed along with five of his men in a similar attack in Achin District. The commander was identified as Maiwand.

UAVs are being used by NATO forces under its Support Resolute mission to assist Afghanistan in counter-terrorism operations.