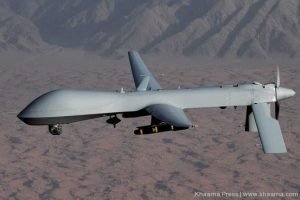 A spokesman for the Afghan national army, 201 Silab Corps, Haroon Yousufzai said the airstrike was carried out in Kamdish districrt on Tuesday night.

Mr. Yousufzai further added that the airstrike was carried out by international coalition security forces.

Kunar is among the volatile provinces in eastern Afghanistan where anti-government armed militants including the Taliban militants are actively operating in its various districts and frequently carry out insurgency attacks.

This comes as at least 17 prominent Taliban leaders including the Taliban shadow governor were killed following an airstrike in eastern Kunar province earlier last month.

The airstrike was carried out by coalition forces which targeted a gathering of the senior Pakistani and Afghan Taliban leaders in Shegal district.