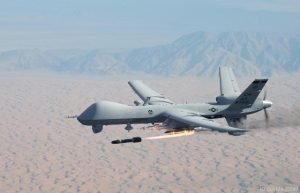 According to local government officials, the airstrike was carried out late on Tuesday night in Alingar district.

Provincial governor spokesman Sarhadi Zwak confirmed that the Taliban militants were targeted in an airstrike by coalition forces which left at least three Taliban rebels dead.

The identities of the Taliban rebels killed in the airstrike have not been ascertained so far.

Laghgman is among the relatively volatile provinces in eastern Afghanistan where anti-government armed militant groups are active in a number of its districts and often carry out insurgency activities.

This comes as a notorious Taliban commander was killed following a drone strike in Alingar district around two months ago.

The Taliban leader identified as Zarqawi was involved in major terrorist activities in Alingar and other districts of Laghman province.