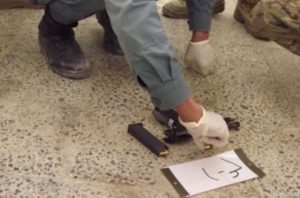 A district administrative chief in central Bamyan province has been killed apparently in a militants ambush late on Wednesday night.

Local officials in Bamyan confirmed that the district governor of Kohmard Mohammad Hadi was killed as he was on his way from the center of the city to Saighan and Kohmard district.

No group including the Taliban militants has so far claimed responsibility behind the incident so far.

Kohmard is located around 100 kilometers away in north of the central city of Bamyan and is considered as one of the restive districts of Bamyan province.

Bamyan has been among the relatively peaceful provinces in central Afghanistan since the fall of the Taliban regime but the anti-government armed militant groups often carry out insurgency activities.

This comes as the Taliban-led insurgency has been rampant during the past several months as the group has intensified attacks across the country as part of its spring offensive.