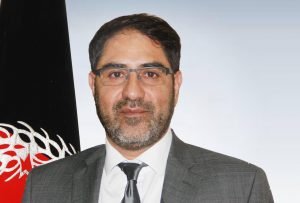 In his resignation letter to President Mohammad Ashraf Ghani, the deputy national security adviser has described the existing issues as the main motive behind his resignation.

Officials in the Office of the National Security Council have confirmed that Mr. Kakar has presented his resignation but no decision has been taken by President Mohhammad Ashraf Ghani so far.

Atmar announced his resignation on 25th of August, describing the existing political issues as the main motive behind his decision to step down.

In his resignation to President Mohammad Ashraf Ghani, Atmar had said he is stepping down from his position due to the existing differences he has with the government leadership on political level as well the government’s approach in maintain peace and stability in the country.

However, President Ghani had said he accepted the resignation of Mohammad Hanif Atmar, the former National Security Adviser, considering the grand national interests of the country.