Death of protester during clash with Kabul police to be investigated: Abdullah 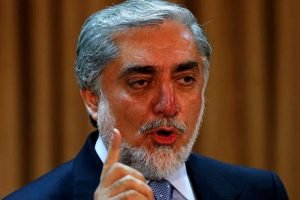 The Chief Executive of the government of national unity of Afghanistan confirmed the death of a protester during last night’s clash with the security forces.

Speaking during a gathering in Kabul today, Abdullah said the issue will be thoroughly investigated as he emphasized that the security personnel should exercises restraint while dealing with such issues.

According to reports, several security personnel were deployed to the downtown in Kabul city to remove a tent erected by the protesters following the violent protests earlier this month.

However, the a clash broke out between the protesters and security forces around 1 am local time and reportedly continued until 4 am in the morning, resulting into the death of a protester.

In the meantime, the protesters are claiming that two of their members were killed and eight others were wounded during the clash with the security forces.

The sit-in camps in busy parts of the city were erected earlier this month after several people were killed or wounded during the clash with the security forces as hundreds of people were marching during a rally to protest against the deadly bombings in Kabul city.

The protests turned violent as the rally participants were attempting to move towards the presidential palace, chanting anti-government slogans and demanding the resignation of the government leaders and security officials.

The Asian Development Bank said that they have approved $405 million in grants to support food security...

Ministry of Public Health of the Islamic Emirate of Afghanistan announced that they have administered...