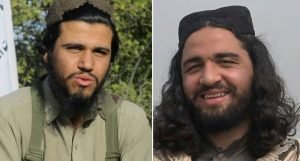 New reports have emerged new the deadly Kabul attack which left at least 64 people dead and 347 others wounded as the attack has sent shockwaves across the country and globally.

According to the new reports, the main attacker involved in the deadly attack was likely released from the prison when Karzai administration was in power.

The Presidential Palace officials have said they are aware regarding the report, promising that the government will thoroughly investigate regarding the release of the attacker and circumstances surrounding his release.

The release of prisoners had turned into a controversial issue as Afghanistan was preparing for the Presidential Elections early in 2014.

The government released almost 88 prisoners from Bagram prison despite growing concerns by the United States and coalition forces in Afghanistan.

The US Forces in Afghanistan in a statement said earlier in 2014 that “The release of these dangerous individuals poses a threat to U.S., coalition and Afghan National Security Forces, as well as the Afghan population. Insurgents in the group released today have killed coalition and Afghan forces.”

The released detainees were also accused of killing Afghan men, women and children. “More than two dozen of the individuals released were linked to the production or emplacement of improvised explosive devices, the number one killer of Afghan civilians,” the statement added.

Earlier, a panel was formed to review the cases of the prisoners which reported that no evidences or documents were found to prove that the inmates were posing threats to the country or international community.