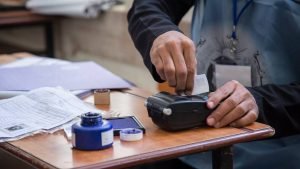 The dead bodies of at least four people have been found in Mazar Sharif city, the provincial capital of northern Balkh province of Afghanistan.

The local officials confirm that four individuals were killed after they were kidnapped from Nahr Shahi district on Saturday.

A spokesman for the provincial Security Commandment Sher Jan Durani confirmed that the dead bodies of four people have been found in the city but did not elaborate further.

In the meantime, a security source says the slain individuals were observers of a parliamentary candidate who were abducted and killed by the militants.

The source further added that the election observers were abducted by the militants from Afghania Mina area of Nahr Shahi district late on Saturday evening.

According to the official, the observers were killed shortly after the kidnapping and their dead bodies were shifted to Mazar Sharif city.

No individual or group including the Taliban militants has so far claimed responsibility behind the incident.