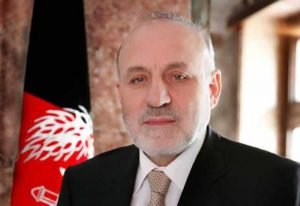 The former Afghan Minister of Interior and one of the prominent politicians has called for a constitutional Loya Jirga to be organized in a bid bring reforms in the current political system, calling it unhealthy administration.

The remarks by Mohammad Omar Daudzai followed a day after the US Secretary of State John Kerry visited Kabul to meet with the Afghan officials.

Kerry said the duration of the Government of National Unity is five and there is no end date specified in the agreement that led to the formation of the unity government.

However, the statement by Daudzai said there has been no improvement under the current government except increase in injustice, corruption and narrowing living conditions for the people of Afghanistan.

The statement also added that Daudzai urges the unity government leaders to bring reforms in electoral system, organize parliamentary and provincial councils elections and Loya Jirga in the format of the Afghan constitution to decide regarding the unfavourable situation of the country.

Daudzai also warned frustration among the people will further grow if the current situation persists and such a situation will have a negative impact on international partners of the country.