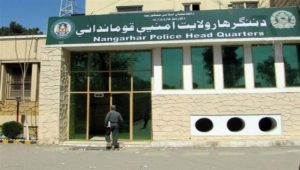 Five militants have been killed in a clash erupted between two rival armed groups in eastern Nangarhar province.

Mohammad Hassan Osmanzai, governor of Haska Mina District said that the clash erupted between the fighters of Taliban and affiliates of Daesh which left five insurgents from both sides killed and three others wounded in Nari Oba area on Saturday.

He said four of those killed were fighters of Taliban group and one another member of Daesh. Osmanzai added that three fighters of Daesh were also wounded in the clash.

No one on behalf of Taliban or Daesh has yet commented on the report but both groups are opposing each others.

Several clashes have been reported between the two sides in parts of the country including the same eastern province of Nangarhar and Farah province in the past.