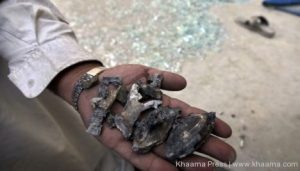 A spokesman for the 201 Silab Military Corps for eastern Afghanistan, Haroon Yousufi, confirming the report , said the children were killed after a rocket fired from Pakistan’s soil hit a residential house in Marwa district.

According to Yousufi, at least three others were also injured in the shelling.

Kunar is among the volatile provinces in eastern Afghanistan where Taliban militants both from Afghanistan and Pakistan are actively operating in its various districts.