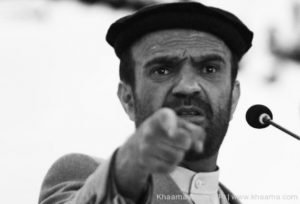 A coordinated suicide attack took place close to the residence of an Afghan lawmaker in Jalalabad city, the provincial capital of Nangarhar province.

According to the local government officials, the incident took place earlier today after two suicide bombers attempted to storm the residence of Haji Zahir Qadir.

The provincial government media office in a statement confirmed the incident and said preliminary reports indicate two people were killed in the attack.

The statement further added that the incident took place in the vicinity of the 1st police district of the city.

One of the suicide bombers was identified and shot dead by the security guards of Haji Qadir, the statement said, adding that the second bomber managed to detonate his explosives.

According to Nangarhar government, the two people killed in the attack were the security guards of Haji Qadir.

The security situation in the eastern Nangarhar province has started to deteriorate during the recent months amid insurgency led both by the Taliban and ISIS terrorists.

Haji Qadir is one of the key Afghan lawmakers who has staged anti-ISIS operations for several times in eastern Nangarhar province and one stance the militia forces loyal to him decapitated several ISIS insurgents to avenge the execution of pro-government militia forces.