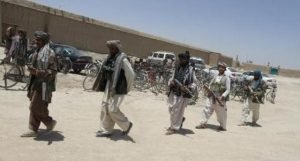 Commander Faizullah who was fighting Taliban since 2012 in Moqar district of Ghazni province has been killed in a landmine explosion.

Shafiq Nanag Sapai, spokesman for the acting governor of Ghazni says Faizullah lost his live along with three of his men in a roadside explosion in Zarakshan area of Moqar district Tuesday morning.

He said one person also sustained injuries in the explosion.

Commander Faizullah was leading a large number of volunteer fighters against Taliban in Moqar district.

The group stood up against Taliban insurgency in July 2012 and is still fighting Taliban.

Last night a fierce fighting took place in Zarakshan area, where the explosion took place today, but the information about the casualties of that clash has not been issued yet.