China to help Afghanistan in deployment of second satellite to orbit 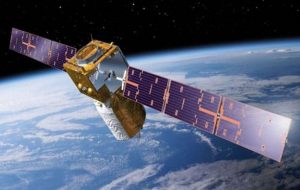 The government of China will help Afghanistan in the deployment of the second satellite to orbit under the name of Afghan Sat-2, the officials in the Ministry of Communications and Information Technology officials told reporters in Kabul today.

The Acting Minister of Communications and Information Technology, Eng. Syed Ahmad Shah Sadat informed regarding the deployment of the second satellite, Afghan Sat-2 into the orbit.

He told reporters that China has pledged to support Afghanistan in this regard.

Afghanistan’s first satellite was deployed into the orbit under the name of Afghan Sat-2 earlier in 2014.

The officials had then said the satellite was deployed with an aim to provide digital broadcast.

The satellite was deployed into the orbit by Eutelsat Communication under a multi-year agreement signed by the former Afghan Telecommunication and Information Technology Minister Amirzai Sangin.

Afghan Sat-1 delivers full national coverage and extensive reach of Central Asia and the Middle East, under the multi-year agreement, according to the former officials of the Ministry of Communications and Information Technology.