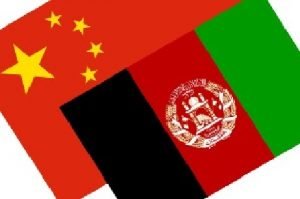 The delegation signed three important agreements–Memorandum of Understanding (MoU)–with Afghanistan in the areas of security and education.

China had already promised delivering four security scanners and building 10,000 apartments in Kabul, but the formal MoUs were signed during today’s press conference.

President Mohammad Ashraf Ghani who appeared in front of reporters with Li Yuanchao in Presidential Palace said that the security scanners would be used by police and NDS personnel to scan people and vehicles in Kabul.

President Ghani added that the apartments China is building would be distributed to the families of martyrs and government officials.

Chinese delegation is coming to Kabul on the eve of the 60th anniversary of China-Afghanistan friendship.

“Today we are celebrating 60th Anniversary of China-Afghanistan Friendship in Kabul. We welcome Chinese Vice-President’s participation,” Chief Executive Officer (CEO) Abdullah Abdullah said in a post on his official twitter account soon after the Chinese delegation landed in Kabul on Tuesday.