Child killed, 5 others injured in Taliban rocket attack in Kunar 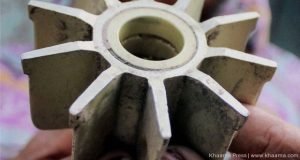 A child was killed and five others were injured following a rocket attack by Taliban militants in eastern Kunar province.

According to local government officials, the incident took place on Tuesday morning in Asadabad district.

Provincial security chief, Gen. Abdul Habib Syed Khel confirmed that the rocket was fired by Taliban militants which left a child dead and five members of his family injured.

Another local security official said the main target of the rocket was a security check post; however, the mortar fired landed on a residential house.

Kunar is among the volatile provinces in eastern Afghanistan where anti-government armed militant groups are actively operating in its various districts and frequently carry out insurgency attacks.