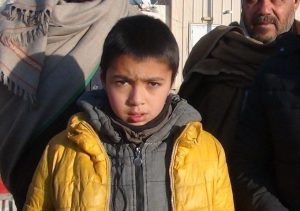 The Afghan police forces have rescued a child who was kidnapped from the outskirts of Kabul as the militants were looking to train and brainwash him for a suicide attack.

The local security officials in Maidan Wardak province said the 12-year-old boy was rescued during an operation from the vicinity of Jalrez district.

The officials further added that the child was kidnapped few days ago from the vicinity of Company area of Kabul and was shifted to Maidan Wardak so that the militants can train him for the future attacks.

This comes as the Afghan police forces arrested a young boy recruited by the anti-government armed militant groups for a suicide mission.

The provincial government media office in Nangarhar said late in October last year that the 13-year-old boy was arrested from the vicinity of Haska Mina district.

The statement further added that the boy has been identified as Waqat who was arrested during a search operation.

The boy was recruited by the Islamic State of Iraq and Syria (ISIS) terrorist group loyalists, the statement said, adding that the boy is originally a resident of Chaparhar district of Nangarhar.