Chechen militant ‘Omar Chechen’ among 6 killed in north of Afghanistan 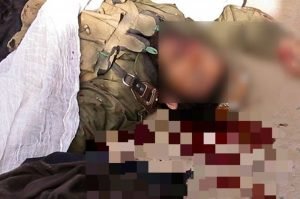 A Chechen militant identified as Omar Chechen was killed along with five others during the clashes in north of Afghanistan.

According to the security sources, the Chechen militant was killed in Bghlan-e-Markazi district of northern Baghlan province.

The sources further added that five others including a commander of the militants identified as Qari Zahir were also killed during the clashes and 8 others were wounded.

The security situation in northern Baghlan province has been sharply deteriorating during the recent months which follow by a large a military operation launched to clear areas of Dand-e-Ghori and Dand-e-Shahabuddin near Pul-e-Khumri city earlier this year.

The Ministry of Defense (MoD) announced Tuesday at least 31 militants were killed in separate air and ground operations of the Afghan security forces in Surkh Kotal and Baghlan-e-Markazi district.

According to reports, heavy clashes continue between the Afghan forces and the militant in Surkh Kotal after the militants launched a major attack on security posts late on Saturday night.