CEO Abdullah shortened US trip after the fall of Kunduz city 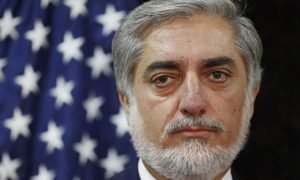 The Chief Executive Officer Dr. Abdullah Abdullah has shortened his trip to United States following the fall of Kunduz city.

Mujib-ur-Rehman Rahimi, a spokesman for the Chief Executive Officer, confirmed that Dr. Abdullah has cut short his trip to United States after the control of Kunduz city fell to Taliban control.

CEO Abdullah participated in United Nations General Assembly in New York and was due to deliver a speech on Thursday.

However, he delivered his speech earlier this morning in Afghanistan time and will return to the country after meeting US President Barack Obama and Vice President Joe Biden, Rahimi added.

This comes as clashes are still reported in Kunduz city after the Taliban militants launched coordinated attack on the city earlier on Monday morning.

A local security official confirmed late on Monday evening that the Taliban militants have taken control of the central prison along with the intelligence compound and the UN compound, provincial governor office and provincial police headquarter.

Kunduz is among the volatile provinces in northern Afghanistan where anti-government armed militant groups are actively operating in its various districts and frequently carry out insurgency activities.

The Taliban militants have launched numerous attacks in northern Kunduz province during the months.

The control of Chardara district fell to Taliban control late in the month of this year after the Taliban militants launched a similar attack.