All you need to know about IEA’s first Economic Conference in Kabul: report 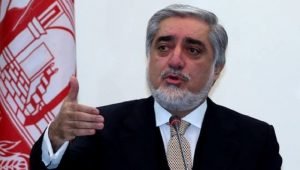 The Chief Executive Officer Abdullah Abdullah has confirmed the supreme leader of the Taliban group Mullah Akhtar Mansoor was killed in a drone strike in Quetta, the provincial capital of Balochistan province of Pakistan.

CEO Abdullah confirmed the death of Mullah Mansoor in an online statement, saying “Taliban leader Akhtar Mansoor was killed in a drone strike in Quetta, Pakistan at 4:30 pm yesterday.”

The confirmation by CEO Abdullah followed shortly after the Afghan Intelligence, National Directorate of Security (NDS), confirmed the Taliban supreme leader Mullah Akhtar Mansoor was killed in an airstrike in Pakistan.

The US Department of Defense first confirmed on Saturday that the Taliban supreme leader was targeted in a drone strike.

The Afghan government also confirmed that the vehicle of Mullah Mansoor was targeted in an airstrike in the southwest of the town of Ahmad Wal.

However, the Afghan government said an investigation is underway to confirm that death of Mansoor which would be announced as soon as they receive final information confirming his death.

All you need to know about IEA’s first Economic Conference in Kabul: report

Islamic Emirate of Afghanistan convened their first-ever Economic Conference that was attended by...