Casualties reported in clashes between gunmen in capital Kabul 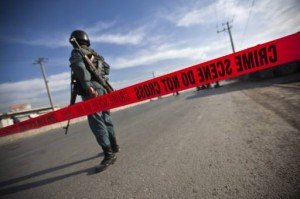 A number of people were killed or injured following clashes between two irresponsible armed groups in capital Kabul late Monday.

The incident reportedly took place near Khair Khana area and the clashes between the two sides continued for few minutes before Afghan police forces arrived to the area.

Unconfirmed reports suggest at least three people were killed during the clashes and several others were injured.

In the meantime, officials in Kabul security commandment said a number of vehicles were damaged during the clashes, however no casualties were reportd.

But local residents and eyewitnesses in the area said a number of dead bodies were seen in the incident area.

The main reason behind the clashes is not clear so far.